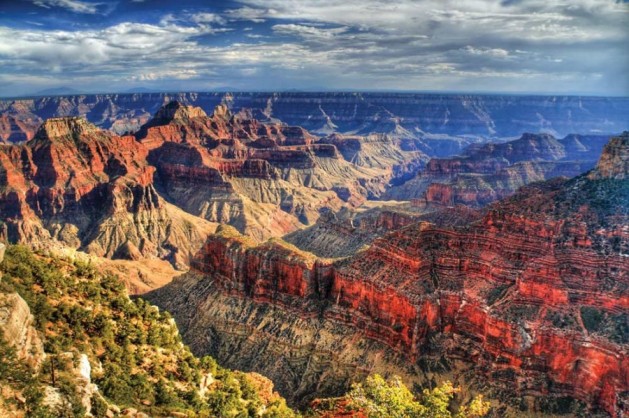 My eye takes in the landscape as we fly over the Grand Canyon at thirty-five thousand feet. It is the second time this year that I have viewed it. The first time was from the perspective of standing on the rim, this time from high above. I notice patterns that form, repeat, shift and change as we glide through the scenery. Everything curves, swirls and leads the eye around and away and back again, like the oxbow rivers. I laugh out loud at a detail on the bottom of mountains that remind me of the pleated skirts on my grandmother’s slipcovers. The only straight lines are occasional highways in this vast canvas of nature’s painting.

An insight comes to me; I have never been fond of fixed point geometric perspective in Renaissance painting. As an artist, professor of design and a student of Art History, that is my least favorite period.  Now I know why. It is not the way most people view the world: through an absolutely static lens as the viewer is fixed to one point in space. In reality, we move our eyes, we shift our view, we see the sides and fronts and sides of things again.

We modern people move through life. Every place I have travelled to has its own rhythm. Italy during the Renaissance did too and I don’t think the art we see reflects that. Renaissance art has more permanence; it’s closer to Egyptian sculpture. It never lets you get ahead of yourself. You must walk a straight line until you reach the horizon, or take a sharp angle to turn left or right.

Impressionism freed us from the tyranny of fixed shapes. We had to collaborate with the artist to find the cathedral in the landscape. Expressionism brought us to the moment of conception of a painting, when the paint hit the canvas and left a contrail. 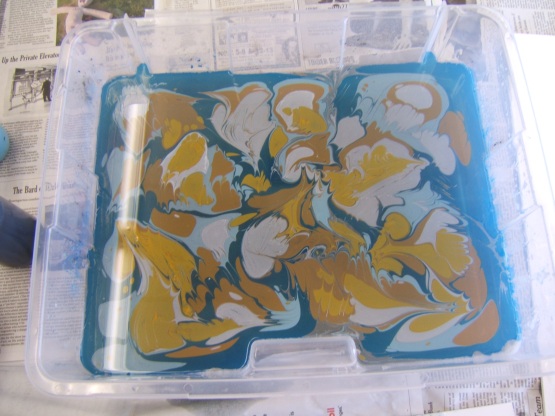 As an art student, creating designs came naturally to me. Applied art has a purpose and the decoration of surface was an extension of the principles of art I learned in undergraduate and graduate programs. My own artwork used dyes to create marbling on paper or fabric and resulted in textile designs for the apparel industry. Seeing them now I am aware how closely they resemble the aerial landscape of the Grand Canyon. It would be hard to find a rigid straight line in any of my drawings or paintings. Adding a digital element to more recent work I scan portions of my hand-made fabrics and then manipulate them using artist software programs to break and bend and twirl the shapes even further. I am surprised to see the patterns mirroring the view from thirty-five thousand feet above Arizona and Colorado. 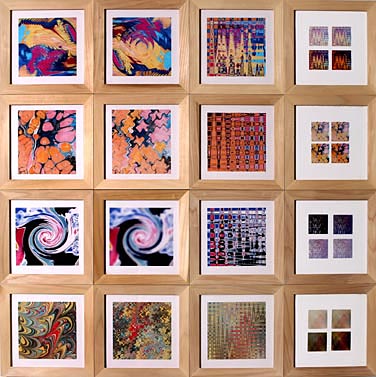 Dr. Geraldine  Khaner Velasquez is a member of the Ollie Writers Group. She is Professor Emerita of Art and Design and will be teaching the fall 2018 lecture “Vincent Van Gogh: His Loves, His Letters, His Art.” 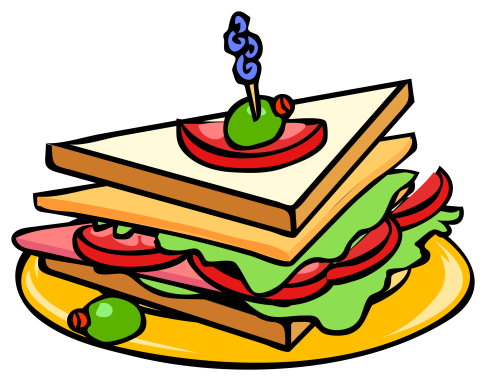 “The sandwich was named after John Montagu, 4th Earl of Sandwich, an eighteenth-century English aristocrat. It is said that he ordered his valet to bring him meat tucked between two pieces of bread, and others began to order ‘the same as Sandwich’… Lord Sandwich was fond of this form of food because it allowed him to continue playing cards without using a fork…”

With time the Americans took the sandwich and acculturated it as the most common way of eating. The Americans love any food they can eat with just one hand. Hot dogs and hamburgers, heroes, hoagies, submarines, and sandwiches made of almost anything. They add to the meat, or fish, cheese, lettuce, onion, and tomato, optional mayo, salt and pepper, and the dreadful ketchup. Voila, all the food groups in one meal that may be eaten with one hand, without any preconceptions of the environment. It’s low cost and practical. Ethnic variations invaded the sandwich culture. The Middle Eastern pita bread, with its pocket, accepts almost any type of food. The Mexican burritos, chalupas, and enchiladas are fodder for any lunch, even dinner. The pizza slice, rolled up, may be eaten with one hand.

To sit a citizen at the table with food that needs fork and knife is, for some, maybe the majority, painful.  The fork, in the right hand, brings the food to the mouth, while the left hand, without any use after briefly cutting the fare, falls down to the lap. If some piece was not completely cut the fork is then painfully used, like a blunt knife. 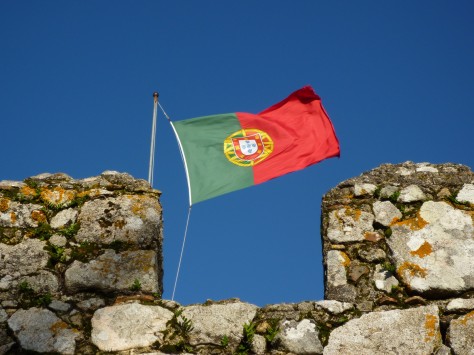 In 1986, after six years in the US, I took the family back to visit Portugal. We toured the places that tourists normally did. As a guide to my children, Angela and Ricardo, I brought them to the places that were probably already fuzzy in their memories. The vistas, the sounds, the smells of the city of their upbringing were my old experiences too but, I didn’t realize then, became their new experiences.

I took them for lunch to a well-known place, the Suíça Coffee Shop, in Rossio, a center square of the town, flooded with tourists siting in the café terrace, enjoying the sun and the city bustle. One of my favorite dishes there had always been a small flat steak, drowned in a creamy sauce, with an optional fried egg on top, served in a plate with French fries and a roll on the side. 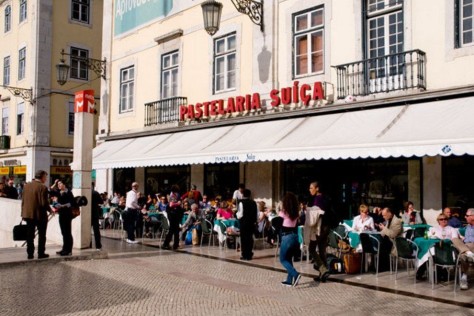 The waiter brought the steaming dishes. I smiled at the family, foretasting the grub. I picked up the fork and knife and ordered on: “Enjoy”.

We all started cutting and munching the steak, and the French fries bathed in the delicious creamy sauce. Through the corner of my eye I watched everybody’s enjoyment, except for my son Ricardo. He took his knife, opened the bread roll, soaked it on the sauce, forked the stake and tucked it in between the two pieces of bread; secured the sandwich with the right hand and began to savor it, while dropping his left hand on his lap.

I realized then that my son Ricardo was already an acculturated American, a citizen of the sandwich country. 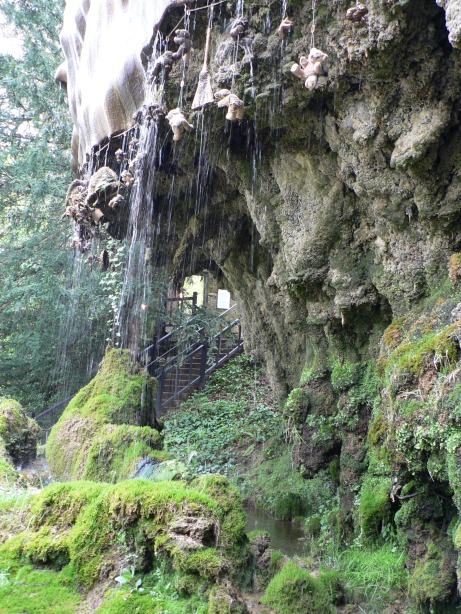 My husband and I made a tour of northern England with Celia Fiennes as our guide. Celia made her journey in 1697 which is recorded in “Through England on a Sidesaddle in the Times of William and Mary.” 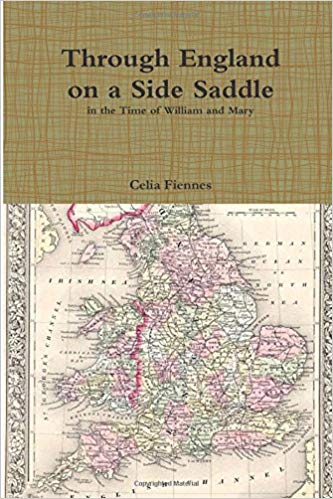 The genesis of our trip was a manuscript on  http://visionofbritain.org.uk/travellers/Fiennes. Celia Fiennes’ account of her journeys were in 17th century spelling and grammar. I was so intrigued that I “translated” her tour into contemporary English. Then even more intrigued, I searched online for photos of places to which she had been.  The upshot is I created a hard-bound, illustrated and easy- to-read version of her trips. So, what next? Let’s go!

Celia’s reasons for her journeys resonate well today as she says in her introduction, “both ladies, much more gentlemen” should “spend some of their time in journeys to visit their native land and be curious to inform themselves…of the pleasant prospects, good buildings, different produces and manufacturers of each place…”  Other of her trips were to Cornwall and various places in southeast England, including Bath.

The part of her 1696 and 1697 journeys which my husband and I traced took us to the Peak District, the Lake District, Nottingham, York, and Newcastle and more. It was most satisfying to see places that are still there and have her commentary on what we were seeing.

For example, outside of York is Knaresborough which boasts being one of the first roadside attractions, the Petrifying Well. Due to the mineral content of the water, an object can take on a stony exterior. 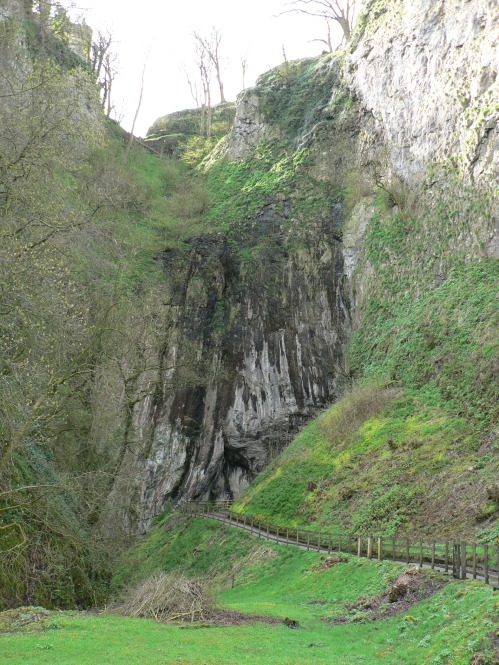 In the Peak District we visited the Peak Cavern, famed for (if nothing else) being the largest cave opening in Britain and into the 1950s, home to rope makers, and, by legend, bandits. It, too, was a tourist attraction in the 17th century. Daniel Defoe makes mention of it in his book of travels.

At Chatsworth, we admired the park and gardens which Celia enjoyed and were as much delighted as she was, by a metal tree that looks like a willow tree and is a fountain.

Celia was a spa enthusiast, so we had to go to Harrogate and sip the rotten-egg smelling water.

York was a delight as she “took” us through York Minister, with its windows “so large and so lofty.”  We went to Burton Agnes Hall and entered under the very gate house which she had. 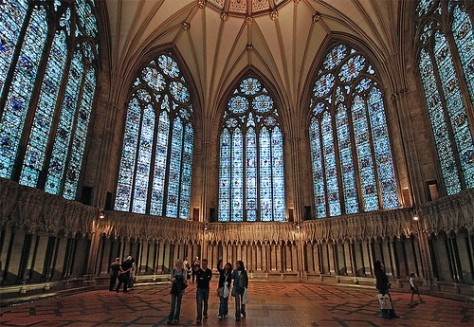 For North Carolina local interest, we followed her to Durham, seeing the cathedral and cloister which she describes as “good,” certainly good enough for filming a scene in a Harry Potter movie.

It was especially gratifying to talk to guides at various places who knew of Celia’s trip and were delighted with our enthusiasm. Our trip was accomplished by trains, taxis and local buses which certainly added to the adventure.

I am awaiting delivery of a book, “Horseback Journeys of Celia Fiennes – 1000 miles across England” by Elizabeth Barrett. I was thrilled to find a fellow traveler doing her 20th century pilgrimage. 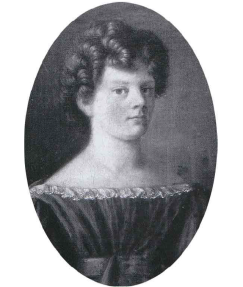 As an aside, actor Ralph Fiennes is a family descendant.  Broughton, the family seat, remains in the family and is open to the public.