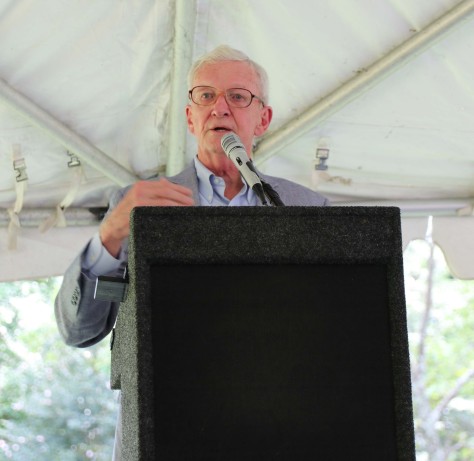 Consider this contrast:  Jimmy Clark, age 9, is one of seven children. He works in his family’s country store and service station on U.S.158 in Vaughan, N.C. He also delivers the daily newspaper and helps to harvest tobacco. As time permits, he does his homework and reads Agricultural Extension bulletins — “Insects 101” — about keeping pests out of those tobacco plants. He also collects bugs that are drawn to the store’s lights at night. 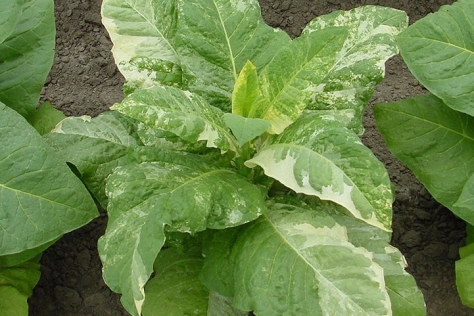 Flash forward to 2018 and the Weymouth Center for the Arts and Humanities in Southern Pines, where five distinguished Tar Heels are inducted into the North Carolina Literary Hall of Fame. One of them is James W. Clark, Jr., PhD. professor emeritus of English at NC State. OLLI members know him as Jim, a popular OLLI instructor. But they may not know that he’s the only one who’s taught a course every single year since the program began as Encore! So why does this erudite professor prefer OLLI to university teaching? “I don’t have to grade papers,” he quipped during an interview.

The Literary Hall of Fame celebrates and promotes the state’s rich literary heritage by saluting its leading authors and encouraging great literature. Jim has degrees from UNC — with a scholarship as a national 4-H winner for a project in entomology — and from Duke. Today he focuses most of his scholarship on North Carolina’s “cultural geography” and literary history. He’s had a leadership role in those areas as president of the Thomas Wolfe Society and the North Carolina Literary and Historical Association. He still serves as president of the North Caroliniana Society, which supports the North Carolina Collection at Chapel Hill and preserves and celebrates the state’s culture and history.

The leap from what Jim calls “bugs to books” wasn’t as broad as it sounds, he said, “because 4-H has a broad curriculum that stresses reading, writing and figuring as well as speaking and teaching.” His faculty mentor at State was Richard Walser, another member of the NC Literary Hall of Fame. “He was a great teacher and something of a rascal,” Jim said, “beloved and feared for his critical voice and bawdy sense of humor.”

Jim followed Walser in his roles at State and became director of the nation’s first Humanities Extension program, with a grant from the National Endowment for the Humanities, focusing on North Carolina writers in public TV programs and public school textbooks. He also developed “Talk About Writing” videos about North Carolina writers for classroom use. Proceeds from sales supported outreach to public school teachers. That outreach involved sending faculty members in the humanities — including Jim — to lead seminars around the state on literature and culture. And some faculty conducted summer writing seminars for 4-H youth at the county level. Jim has written a social history of this program, “Clover All Over: North Carolina’s First 4-H Century.”

But he may be best known as a champion of two literary figures: Thomas Wolfe and Paul Green. He’s been president of the Thomas Wolfe Society and is still on the editorial board of The Thomas Wolfe Review. Like Walser, he’s devoted many hours to teaching and writing about Wolfe, who had been Walser’s primary focus. Jim discovered Wolfe’s novella, “The Lost Boy,” at Harvard, and the UNC Press published the edition he’d edited in 1992. German and French editions followed.

Jim will teach a course on “The Amazing Genius of Paul Green,” whom he calls a Tar Heel polymath, in OLLI’s next semester. Jim considers him “this state’s most productive and well known playwright.” Green studied and later taught at UNC. Jim said he’s known best for such outdoor dramas as “The Lost Colony,” but won a Pulitzer in 1927 for “In Abraham’s Bosom,” a play about racism and education. A foundation in his name supports playwriting and progressive causes, chiefly racial justice. Jim served as the foundation’s president for a decade.

In addition to other major awards, in 2012 Jim received the William C. Friday Award for Distinguished Service in Retirement. He says Friday “was like God for public education,” and that he worked with Paul Green on progressive issues. The award recognized Jim’s OLLI participation, leading writing workshops at senior living communities, and serving as historian of the state’s 4-H youth development program, based largely at State. Jim’s latest work, a social and political history of his family’s part of Warren County entitled “Finding and Keeping Vaughan: Our Hometown,” was published in November.

Lisabona was Lisbon’s name in the sixteenth century. Lisabona came from Olisipo, the name the Romans had given the city more than a thousand years before – Municipium Cives Romanorum Felicitas Julia Olisipo. In the 1500s, amid the fever of the discovery of new maritime routes to countries where the commerce of spices and other riches originated, and driven by the hope of fortunes and fame to be had on those endeavors, the whole world converged into Lisabona. The crowds in the city center had Bretons, Catalans, Normans, Castilians, Genovese, Dutch, Venetian, Africans and, of course, Portuguese. Some came to spy, trying to get the secrets of maritime navigation the Portuguese had developed, others to try their fortune. The chroniclers of those days describe Lisabona as a cosmopolitan city, bustling with people, business and opportunities, the place to be within Europe.

My wife Amy and I just came back from a long vacation in Lisboa, as we Portuguese have been calling Lisbon for centuries. When we walked downtown, for a moment we got the feeling we had traveled back in time to the 1500s. We heard English, French, Italian, Russian, Chinese, and Romanian and hardly any Portuguese. Nowadays these foreigners do not look for fortune or fame; they respond to the slogan Lisbon is the place to be this year. They follow the sun, they come to taste food specialties and wine vintages, to explore beautiful views, historical sites and monuments. They come looking for fun and leave their Pounds, Euros, Yuan, Rubles and Dollars in Portugal. The Portuguese are having a bonanza brought by tourism (more than 20 million people last year), albeit with possible downfalls down the road.

Amy and I joined the tourist crowds in Lisbon and throughout Portugal, visited many of the fantastic views and historical monuments, ate in many, many restaurants, mainly fish and seafood, trekked up the mountains, traveled down south to Algarve and basked on the beaches, absorbing the warm sun that crossed the cerulean blue sky, like none on earth. We visited museums and it seems now in Lisbon there is a museum for anything imaginable, some better than others. We visited a millenary church and monastery in Alcobaça with its cloisters, and some obscene golden altars, with beautiful art that centuries of foreign invasions, fires and earthquakes could not obliterate. In Lisbon the aqueduct from 1744 and its distribution water pools were the highlight of one of our days; I was born and raised in Lisbon but had never visited it. We traveled north to Coimbra’s University, one of the oldest in Europe, with its magnificent ancient library, then traveled to Nazaré’s promontory over the ocean, where the tallest wave in the world (78 Ft.) challenges ‘”crazy” surfers every year, and close to home we visited Cabo da Roca one more time, the most western point of continental Europe.

Thus, like all the other tourists, we joyfully, gladly and happily scattered our Dollars from the north to the south of Portugal.