Writer’s note:  The letter shown here is a prop.  This story about my father’s letters, however, is true in spirit, and largely in fact.

A man of routine, his letters were never written from home.  Time at home began sharply at 6 p.m. and was given to his wife, eventually of sixty years, and to us, his three children who left his home and his town in our early twenties.  His letters to us were mostly newsy.  He always wrote them on white paper which rested on the glass counter off to one side of his long, narrow furniture store, He sat on a rickety stool.  He could have repaired that stool as he was handy with such things, or selected a new one since he sold a variety of stools, but he chose this ancient relic in need of re-gluing that swayed with his words.  Always teased about that stool by us and by mother, he argued that its creaks and groans were words understood only by them.  In his mind, the stool was his writing partner.  Words were chosen carefully and crafted in broad black script by the two of them over their many years together. 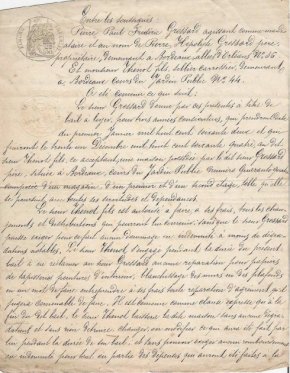 He and his stool composed letters to manufacturers, letters to his sister, and letters to his children.   His descriptions flowed over and around customers who came into his furniture store during the day to browse or buy.  He preferred them to buy, of course.  He didn’t follow them around the store.  He let them browse, and he wrote about their behaviors, which were usually what one expects of customers, but occasionally the odd duck would arouse his humor, and he was a funny man.

His letters were as much about his captivation with form and visual beauty of penmanship as with news. The formation of letters and words with haughty flourishes and steep peaks and swooning u’s and y’s were as much cursive art as news of his and mother’s day.   His fat red fountain pen was legend in our family.  He would invite me to watch him fill it from the ink bottle.  That, too, was a ritual he and his stool shared.  Our father would settle the bottle of black ink on the glass counter and sidle the golden tip of his fat red pen into the reservoir and lift the gold lever built into the side of the instrument.  My father, gingerly wielding the lever, would cause his pen to drink like a humped camel from the bottle and fill its black rubber bladder with the fluid that formed his words.  It was a delicate, nearly religious experience.  I wish I had asked my father why the filling of his pen was such an important ritual, but I didn’t. I imagine now he would have had much to tell me. 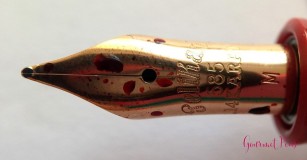 On the occasion of one of his pen-fillings, I asked him what his favorite word was, and without hesitation, he replied, “swimming.”  “Why?” I asked.  “What’s so special about that word?”   With his fat, full pen held in his hand properly, with the golden blade extending the proper distance from his fingertips, he swirled out the word “swimming” on a clean sheet of letterhead.  His beige paper was expensive, so I knew this lesson was important. The word on the beige paper was at once a mountain range of peaks and valleys. It was a brook of swells and waves formed by w’s and m’s and n’s and i’s excited by the wind.  My father painted the word “swimming” for me.

When I’m missing my father, like this morning, with my dime store pen, I write his word.  Swimming.  I can’t swirl the peaks and valleys and and ripples the way he did, but for the long moment when my pen is trying to be his pen, we are sitting together at the glass counter.

A cursive “swimming” has been my favorite word since that day in my father’s store.  I see the glass counter and beige paper and his strong hand holding his fat red pen. Wherever I am, and I’m missing him, I write out his word. He and I have shared his favorite word hundreds of times over the years.

Tim says “It seems like I’ve been an Encore and now OLLI member ever since Uncle Rex punctured his wrist on the cow yoke. I retired from the University of Wisconsin Oshkosh in 1999, and moved to NC a year later. I grudgingly maintain our house and yard in fair shape, and happily stay in touch with the kids in Wisconsin via “dad’s daily letter.” But mostly, I focus on keeping my mind in good shape with OLLI classes and by writing. Lots and lots of writing. Tim leads three Special Interest Groups – Readers Theater, OLLI Questions Across the Spectrum and the OLLI Family Stories Writers Group

An article that Geraldine Velasquez published in 2004 is called “My Magnificent Obsession.” That, she said in an interview, happens to be jewelry. But it could just as well be graphic design, fiber art, enamel art, Latin American art, quilting, textile design, art therapy, music therapy, movement and dance, writing and healing, and — far ahead of her peers — “Drawing on the computer: Turning a left brain activity into a right brain activity” back in 1996!

And of course there’s fine art, reflected in her September OLLI lecture, “The Impressionists: A Brilliant Revolution,” from the 1860s through the 1880s.

Geraldine is a New Yorker born and bred.  “Designers were on my father’s side of the family: clothing, jewelry, hats and more,” she said.  “My concentration in college was textile design, and I worked for various companies for four years until I moved out of the city and switched careers.  Crafts was a big part of what I used to do, but I moved to graphics and the multimedia revolution in the design field.” 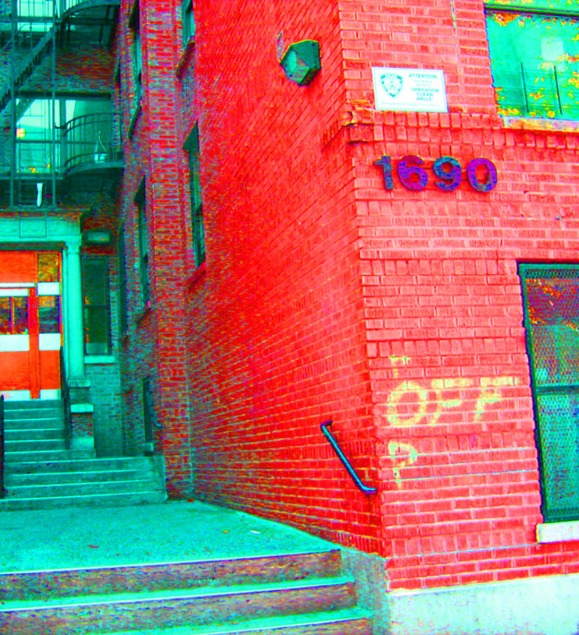 She earned a bachelor of fine arts at Hunter College, an M.A. at Montclair State College, and an Ed.D. at Rutgers. Her doctoral dissertation was on “Attitudes and Beliefs of Contemporary Crafts People” (1987) and she published an article on a similar theme in the N.Y. Times a year later.

She taught from 1980 to 2015 at what was originally Georgian Court College in Lakewood, N.J. It was built on land owned by the family of the “robber baron” Jay Gould, and the Sisters of Mercy bought it and turned it into a college. “I had great flexibility in teaching at my small college, which grew to become a university,” she said. “I was able to contribute to the scholarship on studio crafts.  This was at a time when the Museum of Art and Design opened in New York. I was a keynote speaker on women in crafts at the National Museum of Women in the Arts in Washington in 1990.” She said she “loved to introduce new areas into our curriculum at Georgian. Concurrently I introduced computers to the art department, and with time the department became the second biggest undergraduate major.” She chaired the departments of art, communication, graphic design and multimedia.

A member of the OLLI Writers Group, Geraldine has published widely.  Her articles often have provocative titles.  For instance: “The Family Photo and the Art of Lying.” It’s about “what you see and what you don’t see,” she explained. “Who’s behind the camera, what isn’t in the picture.” Other examples: “Religion in the Secular Classroom,” “Instilling Beliefs through Graphic Design: Art in the Time of War,” and “The Future Invents the Past: the Ur Teacher.” She’s a founding director and editor of the Forum for Research and Criticism in the Crafts. Among her many honors:  20 years in “Who’s Who in America.”

She’s a mother and grandmother, and moved with her husband to Holly Springs in 2015 to be closer to them. “And I love it!” she said with a happy smile.

Barbara is a long time OLLI member and member of the OLLI Voices team. She graduated with an English degree with honors from Swarthmore College and went on to achieve a Masters with honors from Columbia University Graduate School of Journalism.

Her career began at the Denver Post, 1962-1976: were she held various posts including feature writer, art critic, classical music critic, “first female editorial writer on a major Western daily” and TV Critic and columnist on this newspaper for five years.

Subsequent moves in her fascinating career were as political reporter and feature writer for the Rocky Mountain News (Scripps-Howard daily) from 1976-1982,  Public Information Officer for the State of Colorado Office of Energy Conservation from 1982-1986,  Associate Vice President for External Affairs, Swarthmore College from 1992-2000, Public Affairs Director for the National HQ of the Phi Beta Kappa Society, Washington D.C. from 2000-2006